A SUCCESSFUL TEAM BEATS WITH ONLY ONE HEART 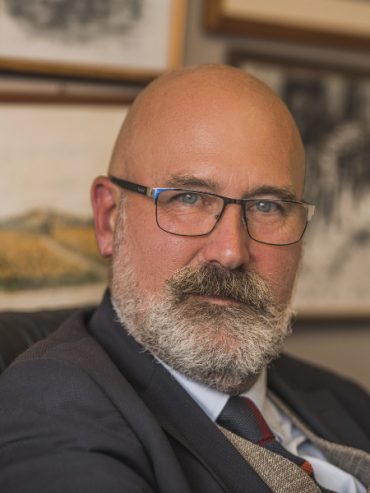 Alessandro Antichi (Grosseto, 14 May 1958) graduated in Law , with full marks (110/110) cum laude, from the University of Siena on March 30, 1982 with a thesis on Civil Law.
He obtained the 1st level Master in Science of legislation and political governance from the University of Pisa on May 3, 2007.
He obtained the qualification to practice at the Court of Appeal of Florence for registration in the Register of Lawyers and Legal Attorneys at the Court of Grosseto on May 8, 1985 with the best evaluation of all candidates of the exam session. He was admitted to legal aid in higher jurisdictions (register of cassation lawyers) since 4 October 1997.
He held the functions of honorary magistrate at the Magistrate's Court of Grosseto and the Magistrate's Court of Pitigliano (acting as regent) from 1986 to 1989.
From 1 January 1994 to 31.1.2014 he worked as a lawyer within the professional association "Antichi Bastianini Leporatti Avvocati & Associati - Studio Legale" , which he founded with the partners Paolo Bastianini and Bruno Leporatti .
From 1999 to 2004 he was in charge of the Local Public Services sector of the A.N.C.I. National Association of Italian Municipalities (www.anci.it). Director of the FORMEZ Center for services, assistance, studies and training for the modernization of public administration (www.formez.it) from 2001 to 2005.
From 1997 to 2001 and from 2001 to 2005 he was Mayor of Grosseto for two consecutive terms.
Member of the Regional Council of Tuscany in the VIII regional legislature, during which he was secretary of the First Commission - Institutional Affairs, member of the Special Commission for statutory obligations and for the new Internal Regulations of the Regional Council (of which he also assumed the presidency), member of the Special Commission for electoral legislation.
Member of the Regional Council of Tuscany in the 9th regional legislature with the post of vice president of the First Commission - Institutional Affairs, Planning and Budget; he was president of the Commission of inquiry on local public services of economic importance.
He is the author of the following publications:
Local Public Services beyond the conflict of interest - Preface to D. Tessarolo, A Straini, G. Labarile, G. Catalano
The reform of local public services, Editrice CEL, 2002.
The liberalization of local public utility services: a reform of the sign of subsidiarity, Europe and the South, Formez, 2000. 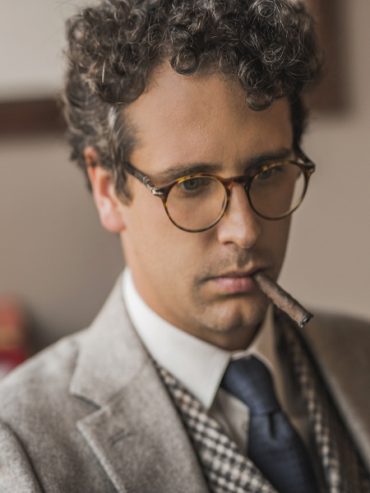 Giovanni Niccolò Antichi (Grosseto, 25 July 1988) graduated in Law, corporate and tax law , with full marks (110/110) cum laude, from Free International University of Social Studies - Guido Carli of Rome on 19 October 2011, discussing the thesis entitled "Analysis of the European discipline on the management of cross-border crises in the banking sector" in collaboration with professors Vincenzo De Sensi and Gustavo Visentini, who the commission unanimous degree considered worthy of special mention.
From January 2011 he joined the “Antichi Bastianini Leporatti Avvocati & Associati - Studio Legale” law firm , where he practiced forensics.
At the end of 2012 she also completed her notary practice at the Notary's office Paola Maria Letizia Usticano .
Since April 2012 he has been collaborating with the Bruno Visentini Foundation on the research project sponsored by DirCredito and Conapa on shareholder rights. He presented the results of the work in the context of the Conference “Renewal of the legal infrastructures of the Italian-system” of the Bruno Visentini Foundation held on 10.2.2014 at the Chamber of Deputies . He obtained his doctorate in Law and Business at the Luiss Guido Carli University and, during this training period, he also attended the Max Planck Institute in Hamburg for a visiting fellows program .
In the months of September and October 2009 she attended a course in Legal English at the London School of English.
He is the author of the following publications:
- Giovanni Niccolò Antichi, Rescue of Banks in Europe, Iuris Prudentes, year III, number II;
- Giovanni Niccolò Antichi, Unavailability of the possessory action due to the petitionary objection formulated pursuant to art. 705, paragraph I, c.p.c. as amended with the sentence of the Constitutional Court 3 February 1992 n. 25, Iuris Prudentes, year IV, number I;
- Giovanni Niccolò Antichi, Cross-border crisis management in the banking sector, published on almaiura.it, 18 June 2012;
- Giovanni Niccolò Antichi, Divergent votes in the company meetings, Ceradi-Luiss Observatory (Edited by Valeria Panzironi), in Il Sole24Ore Quotidiano, 2 December 2012;
- Giovanni Niccolò Antichi, Functionality of the assemblies: current legislation in international comparison, Bruno Visentini Foundation Archive, October 2013. 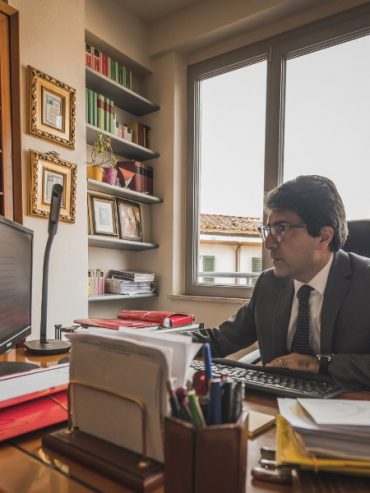 Michele Pelosi (Grosseto, 27 November 1972), graduated in Law at the University of Siena on 4 December 1998 with a thesis on Criminal Law.
He obtained the qualification to practice law at the Court of Appeal of Florence and is enrolled in the Register of Lawyers at the Court of Grosseto since 5 March 2003.
He practiced law and practiced as a lawyer within the Professional Association "Antichi Bastianini Leporatti Avvocati & Associati - Studio Legale" , of which he became associate from 7 May 2003, until 31 January 2014.
He is lecturer in legal matters at the Liceo Classico and Scientifico "G. Chelli ”of Grosseto. 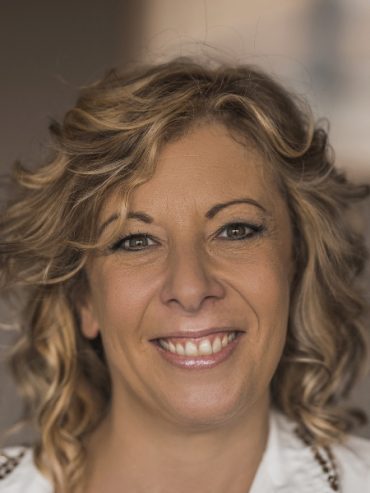 Federica de Silva (Venice, 28 June 1981), graduated in Law at the University of Padua in 2006 with a thesis on Commercial Criminal Law.
She obtained the qualification to practice law at the Court of Appeal of Florence and is enrolled in the Register of Lawyers at the Court of Grosseto since 3 February 2010.
He practiced forensics and practiced the profession of lawyer within the Professional Association "Antichi Bastianini Leporatti Avvocati & Associati - Law Firm" .
It specializes in debt collection .

A successful team beats with one heart

The relationship between the Lawyer and his client is based on trust: trust to carry out the work of protecting the client in his best interest.

The Antichi Law Firm has been dealing with all areas of law for over thirty-five years and is a sure point of reference for anyone who wants to assert their reasons before the Judges.

Our customers, both companies and individuals, are followed throughout the legal process through punctual communications, vis à vis appointments, videoconference meetings: all this to give an increasingly efficient service that makes the customer feel protected in every situation.

The world of law is a harmonious tangle of laws that direct our lives in everyday life: the goal of the Lawyer is to translate all this into a simple language of immediate understanding for the client. Clarity and transparency are fundamental aspects of our work. 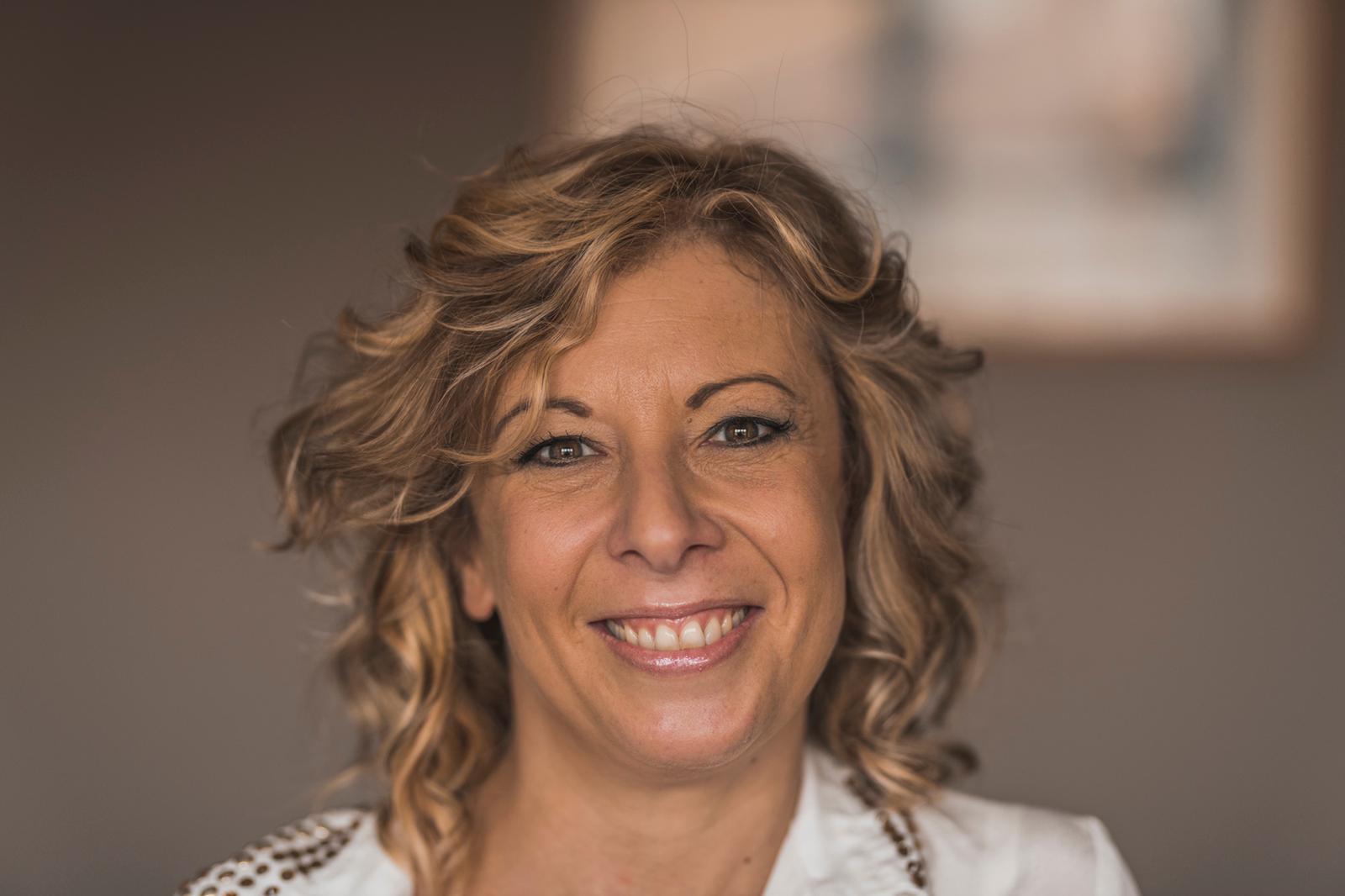 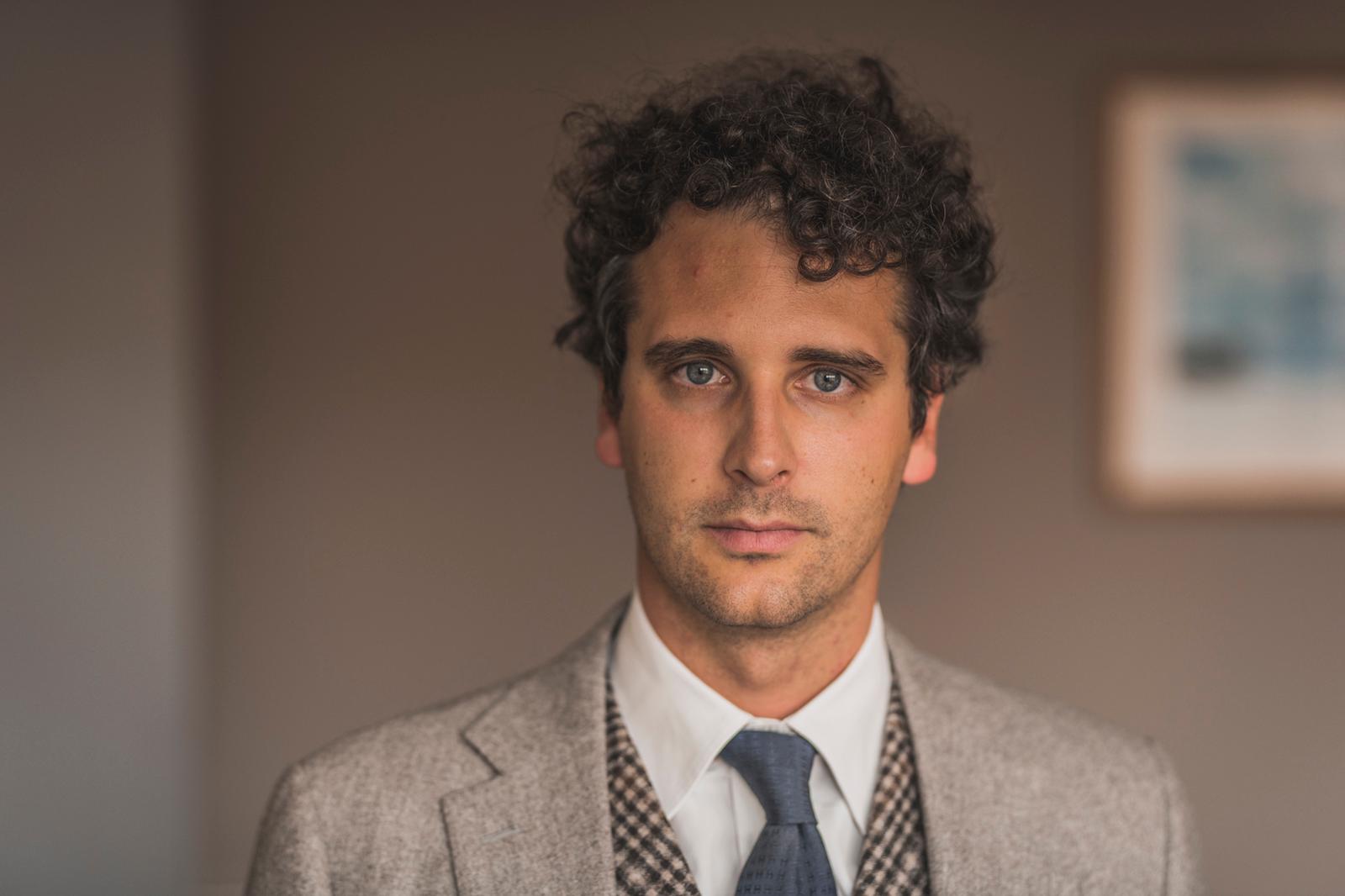 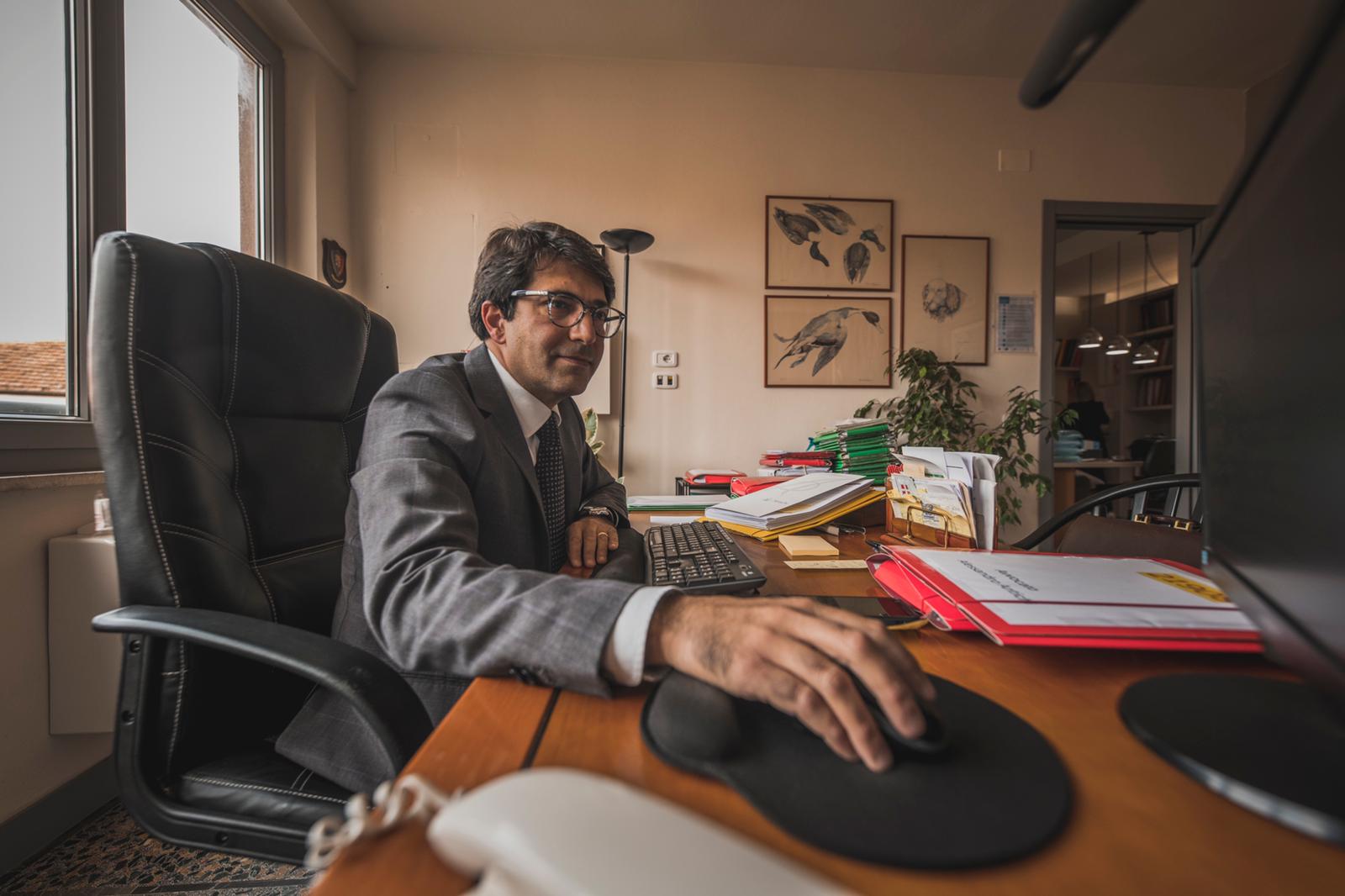 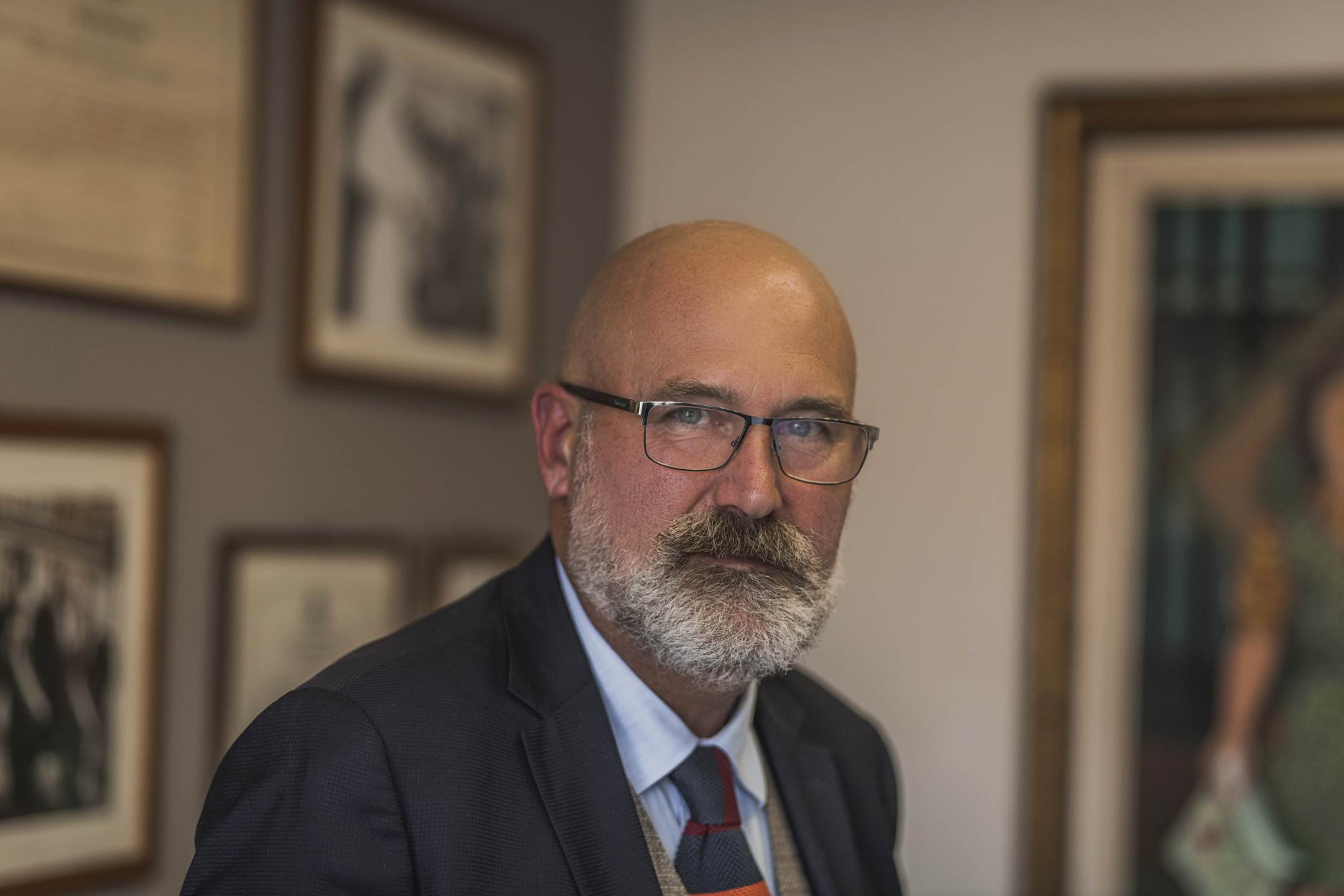